The Struggles of West Virginia

West Virginia Is Dealing With an Economic and Social Crisis. So Why Do People Stay?

There’s a quiet crisis right now in West Virginia. Really, it’s been happening for decades. The state economy has long hinged almost exclusively on natural resources, so it has a top-down model that enriches a few but doesn’t foster economic diversity or middle-class prosperity. Things have gotten worse since the mid-2000s, as coal production has dipped, now to a 39-year low. The unemployment rate is above the national average and exceeds 6 percent in some southern counties. Between 2017 and 2018, West Virginia’s poverty rate increased by over a percentage point to 19.1 percent. The drug epidemic—which originates in part from this economic decline—has caused life expectancy in McDowell County, the state’s poorest county, to mirror those found in some developing African nations.

Yet 1.8 million people still live in West Virginia and take a particular pride in doing so. State logos and paraphernalia are rampant on homes and cars, as if West Virginia was more than just a state, but a way of life. Why do people want to stay?

For the last couple of months, I’ve visited different parts of West Virginia to find the answer and explore these communities. Although I would never want to live there, I can see the appeal.

West Virginia—particularly the aforementioned poor southern part—has some of America’s most unique geography. While there are mountains nationwide, I haven’t seen ranges that are as rugged and compact as this stretch of Appalachia. Southern West Virginia, along with adjacent eastern Kentucky and southwest Virginia, is so hemmed in you almost feel claustrophobic driving through, with mountains hovering over. The little development that exists extends along hollows, which are the thin, elongated strips that run between mountains. Paved roads extend through these hollows, alongside and over mountain streams. Housing consists of little settlements—many of them former “coal camps”—that feature a dozen or two trailers or modest homes. Around these camps you’ll see roosters crossing the street, rusted-out vehicles laying around, little old country churches, and people sitting on their porches waving at those who drive by. These areas generally don’t get Wifi, or have any commercial amenities, save the Dollar General. It’s hard to describe just how dated, remote, yet down-to-earth these little hollow towns feel. 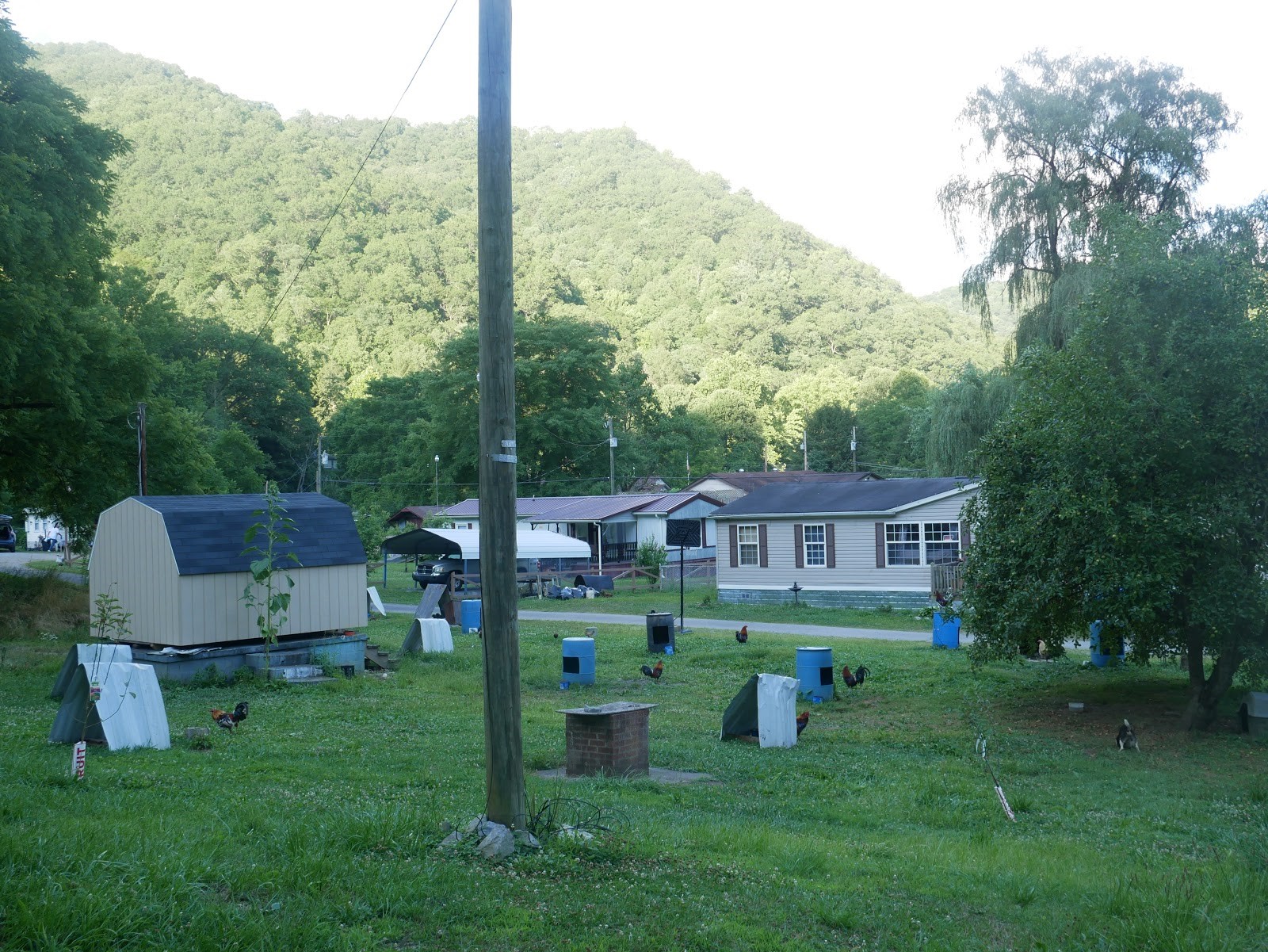 But that’s exactly what people there like about West Virginia. Locals, I found, would talk about “living in the mountains” as a euphemism for relying on the land, enjoying personal space, and avoiding the stress and noise of the digital age. As one young West Virginian recounted in Oxyana, a film about southern West Virginia’s drug problem:

I like [West Virginia]. It’s been good to me. I’ve had my ups and downs. But this is where everything I’ve ever had has been. Riding bikes. 4-wheelers. Fishing and stuff. S***, you’re in heaven…When I was 18 years old, I was that guy that said ‘I’m leaving on a football scholarship, and I ain’t never coming back.’ And I went and did WVU for 2 years, and s***, take me home.

Of course, choosing this location and lifestyle can mean consigning oneself to poverty. West Virginia’s topography prevents it from having much economic development, including large-scale industrial farming. Even the cities, many of them surrounded by mountains, don’t have the contiguous growth that has driven prosperity throughout metropolitan America. Coal is the legacy industry, but that has declined due to competition from natural gas. There have been programs that try to teach former coal workers modern tech skills; but to capitalize on them people will need to leave, since West Virginia is the worst state for jobs, according to WalletHub. So leave is what West Virginians have done. In the last decade, it’s one of only two states to decline in population.

For West Virginians who stay, though, it boils down to what you might call an acquired taste. They’ve sacrificed the ability to earn more money, grow their social networks, and stay interconnected with modern society. What they get instead is a lifestyle that’s spartan, but located deep into the mountains and proximate to natural beauty. It may be a life of struggle, but at least it’s their choice.