COVID-19 and the US Budget Deficit

The U.S. Treasury Department has just released the final statement for its 2020 fiscal year. I knew going in it was going to be bad because of the impact of COVID-19. Having now seen it, all I can say is that how bad it is, is a thing to behold. It is the most unbalanced statement the Treasury has issued in 229 year history.

You don’t have to take my word for it. The proof is in a picture from the statement itself. Meet the COVID-19 Leviathan of Federal Spending and Borrowing: 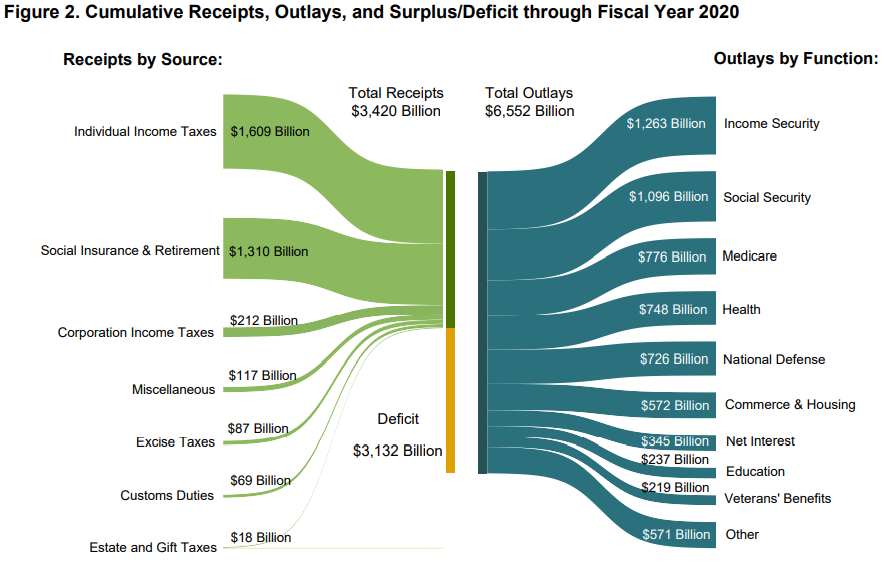 Before the pandemic struck, the U.S. government was on track to run its first trillion dollar deficit since 2012. COVID-19 nearly tripled that expected shortfall, impacting both spending and revenues. As you can see in the chart below, the enlarged shortfall is mainly because of spending. 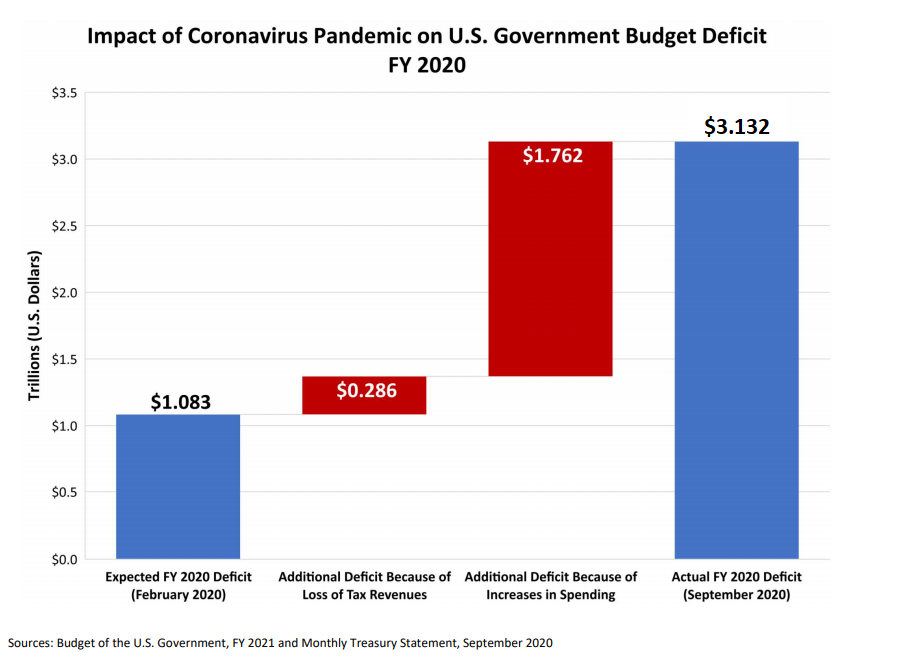 The U.S. government’s spending was over $1.76 trillion higher than what was projected in February 2020. By contrast, its tax collections dipped almost $0.29 trillion lower than expected for the 2020 fiscal year. The total additional budget deficit because of COVID-19 in 2020 is $2.05 trillion, of which, increased spending accounts for 86 percent.

The swamp creatures of Washington, D.C., would like nothing better than to permanently ratchet up all that spending. Even if most of it goes to waste, they gain because they get more power. If they do, ordinary Americans can reasonably expect their taxes to go up, a lot. And they can expect to pay higher prices, because a lot of those tax hikes will be built into the cost of everything they buy.